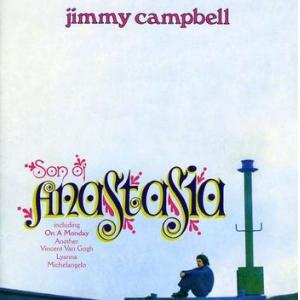 Originally released in 1969, Son of Anastasia was the debut album by one of Liverpool's finest musicians, Jimmy Campbell. Previously a member of The Kirkby s and 23rd Turnoff (who recorded Campbell's Michaelangelo as a single for Deram Records), Campbell s solo career began ith this album (produced by John Cameron who had earlier worked with Donovan) which featured material both of aching beauty and melancholia such as the excellent On a Monday and his reworking of Michaelangelo. "

As with the music of Bill Fay (another songwriter whose work enjoyed a re-evaluation in recent times), Campbell's work is ripe for rediscovery. Recently hailed by Mojo magazine as a buried treasure, this re-mastered CD release of Son of Anastasia is long overdue as tribute to the work of Jimmy Campbell who sadly passed away in 2007. "