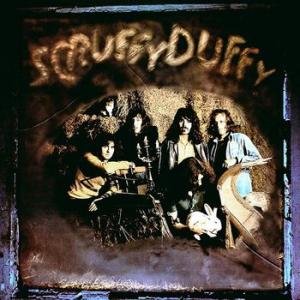 Duffy's second LP Scruffy Duffy's opening bars take you to the Exile On Main Street territories, but that's just until the vocals begin–then you see you are into something different. The sound of Duffy drinks from Deep Purple, Uriah Heep or even the more pastoral side of Jethro Tull, but their very personal mix of psychedelia, progressive and hard rock is unique. Patrick Sarjeant (bass, vocals), Will Wright (drums), Barry Coote (guitars), Stuart Reffold (lead vocals) and Joe Nanson (keyboards) released Scruffy Duffy two years after their debut album Just In Case You Are Interested.

Originally released in 1973 on Chapter One and very hard to find nowadays, Scruffy Duffy gets its first ever vinyl reissue on Wah Wah, respecting as usual the original artwork and with remastered sound in a limited edition of only 500 copies.