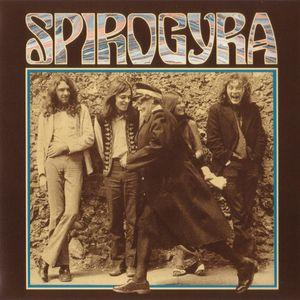 180g LP
250pcs limited repressing.Originally a quartet (with drummer Dave Mattacks - future Fairport Convention - as external support), the group debuted with this splendid album in 1971, featuring the crystalline voice of Barbara Gaskin; the imaginative and innovative keyboards and violin of Julian Cusack; and the intriguing melodies of singer / guitarist Martin Cockerham. The sound proposed by Spirogyra has its roots in folk rock but also embraces the progressive and psych rock of the so-called "Canterbury Sound". The group became quickly well known for their creative mix of prog, Dylasnesque folk and jazz rock. In 1974, after having published 3 albums the band dissolved and Barbara Gaskin continued with Hatfield & The North and National Health.
Track listing- Side A: 1. The Future Won´t Be Long 2. Island 3. Magical Mary 4. Captain's Log 5. At Home In The World 6. Cogwheels Crutches And Cyanide Side B: 1. Time Will Tell 2. We Were A Happy Crew 3. Love Is A Funny Thing 4. The Duke Of Beaufoot