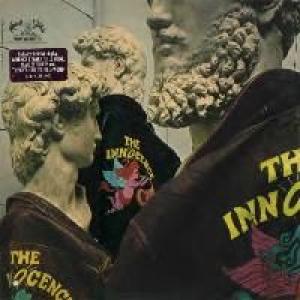 Peter Andreoli (Anders) and Vincent Poncia Jr. can be found on so many records, they're almost Zelig-like figures in the annals of music history. They wrote hundreds of songs for the likes of Cher and The Ronettes. They founded a record label (MAP City Records).

And within the space of a few short years, the duo would make records as The Videls, Pete & Vinnie, The Trade Winds and this eponymous album under the nom de disque The Innocence.

Despite their East Coast roots, Anders and Poncia felt a gravitational pull toward the California sunshine pop sound, and as The Trade Winds had released the album Excursions, a gorgeous and evolved collection of styles and sounds. Brilliant hooks, ethereal harmonies and studio finesse make this album one of the finest examples of pop perfection from the era.

Then came The Innocence: another studio project that retained the masterful songwriting abilities of the shape-shifting pair, along with a different sort of wide-eyed pop that the name implies. The Innocence's sole album includes a bevy of beautiful and oftentimes surprisingly expressive songs that can be simultaneously heartbreaking and uplifting.