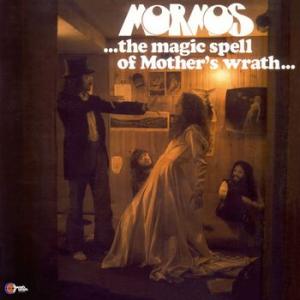 For all those of you who enjoyed The Great Wall Of China, here is the second Mormos LP at last reissued! Again done in cooperation with Jim Cuomo, who provided two previously unreleased tracks for the bonus EP (which also has the two songs from their second 45), and again a fantastic masterpiece of gently crafted acid folk sounds with jazzy touches that will take you to the same lands The Pentangle or John Martyn have taken you before. The album is sure to appeal not only folk lovers, but also those into more prog stuff.

Originally issued in French CBS in 1972, the Wah Wah reissue reproduces the original glossy laminated sleeve and will come with an insert with photos and text by Jim Cuomo himself. As a bonus, a 7" p/s EP will be added featuring the band's second CBS 45 plus two previously unreleased songs from the era. Remastered from the original tapes by Roger Prades, this edition will be limited to 500 copies only. Get yours before it's too late!