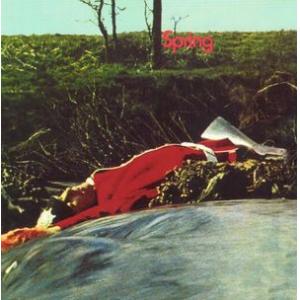 Spring’s 1971 debut is one of the finest examples of British progressive rock of the 1970s. Formed in Leicester in 1970, they made their name as the only band to have 3 Mellotronists in their lineup. Their one great album, recorded after opening for the Velvet Underground’s European tour, was an immediate success, thanks to intricate carpets of sound somewhat reminiscent of Moody Blues and King Crimson and a visually striking tri-fold cover (depicting a dead British soldier bleeding into a stream).