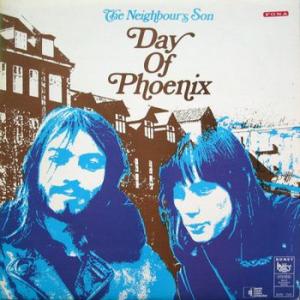 After releasing their first album "Wide Open N-Way (1970)" the band disbanded in 1971 as bassist/pianist Erik Stedt (also a member of Danish band Beefeaters) sadly passed away. However the two guitarists Karsten Lyng and Ole Prehn opted to reform and reorganize the band. They recruited Ole Fick (guitars, vocals), Jess Stæhr (Bass) and Bo Thrige Andersen (Drums) to complete the lineup. All three were fresh out of work from the recently disbanded Burnin´ Red Ivanhoe. With a lineup like that expectations were naturally high to "The Neighbour's Son".