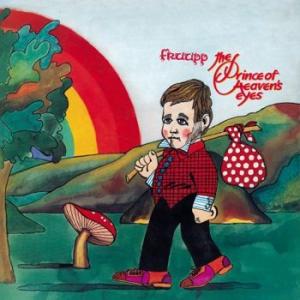 The North Irish progressive rock band Fruupp released their third album The Prince of Heaven's Eyes in 1974. Fruupp produced the concept album themselves. It is a beautifully presented, well-balanced and stunningly original story. Inspired by the Genesis sound they created an melodic and structured piece of music, combining rock with folk and classical influences. The album centered around the impressive keyboard work by Stephen Houston. Their own unique characteristics are presented by combining all the elements in their complete sound.

Fruupp was assembled by guitarist Vincent McCusker in 1971. During their five year existence they recorded four progressive rock albums.