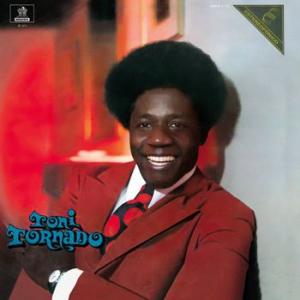 Son of a Guyanese father and a Brazilian mother, at 11 years old Tony ran away from home and ended up in Rio de Janeiro where he became a street kid and made a living selling peanuts and shining shoes.

At 18 he served in the Deodoro School of Parachuting along with the futurely TV presenter and entrepreneur Silvio Santos. In 1957, he fought in the Suez Canal.

Tony began his artistic career in the 60s with the stage name Tony Checker, lip–synching and dancing on "Hoje é dia de Rock" show of Jair Taumaturgo. That time Tony imitated singers Chubby Checker and Little Richard. Even in the 60s, he traveled to the United States where he lived for five years in New York.

In New York, Tony served as drug dealer and pimp, to deceive the immigration department, pretending to be an employee of a car wash. At that time, Tony met another Brazilian who also lived in New York, the also singer Tim Maia.

Back in Brazil in 1969, he worked in the group of Ed Lincoln and also sang at night with the pseudonym Johnny Bradfort, the owner of the club forced him to pretend to be a foreigner.

In 1970, he adopted the name with he came to be known, "Tony Tornado". Influenced by James Brown, Tony was one of the artists who introduced soul music and funk in Brazilian music.

That same year, alongside Trio Ternura defended the song BR–3, which got the first place in the festival. His first role on television was in 1972 , in the 1972 telenovela "Jerônimo" on TV Tupi.

James Brown released "I’m Black and I’m Proud" during the height of the Black Power Movement in the United States in 1968. Brown’s in–your–face approach to racial pride resonated in the U.S. ghettos as well as the slums abroad. Many black people, all around the world, embraced the Black Power soundtrack and consciousness. Working–class black cariocas (residents of Rio) of Zona Norte began using the English phrases "Black Power, " "brother" and "black is beautiful." They played African–American soul records at their bailes(dances) and incorporated the lyrics and sounds into their music.

Maia, the godfather of música soul, spent five years in the United States. He came to know the sounds of black America intimately. When he returned to Brazil in 1964, Maia incorporated the soul and funk influences into his songs. By the 1970s, other Brazilian musicians, such as Tony tornado, Banda Black Rio, Cassiano, Gerson King Combo, Jorge Ben Jor and Gilberto Gil, began making soul records. DJs started throwing soul–only parties. This nova (new) music spoke to an experience–both universal and unique at the same time. The time period was known as "Black Rio. By the end of the ’70s, funk and disco would take over where soul left off, but it was the latter that helped to shape a generation of artists around a universal black identity.