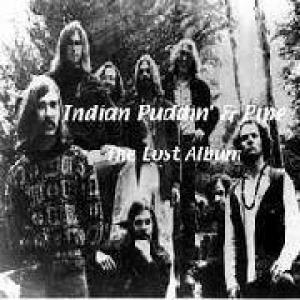 AKA Indian Puddin' and Pipe An album full of VINTAGE 1966-1968 Music by the band that brought you the incredible "HASHISH" on the legendary San Franciso Sampler "Fifth Pipe Dream". First ever release of this killer Westcoast psychedelic monster that took many years to complete!!! West Coast Natural Gas started in 1965 in Seattle. In early 1967 they went to San Francisco to work for a local music manager named Matthew Katz. Katz was the original manager for Jefferson Airplane, Moby Grape and later also It's a Beautiful Day. He talked West Coast Natural Gas into signing a contract with him but being young and stupid, they didn't realize at the time that they had basically signed everything over to him. They went into the studio and recorded some original tunes: A Favor, Go Run and Play, The Jumping Frog, Hashish, Water or Wine, Beyond This Place, and Two's A Pair. In early 1968 the band broke up and went back to Seattle. Katz released a single - Go Run and Play / A Favor on his S.F. Sound label under the name West Coast Natural Gas. Later he released a compilation album - the first San Francisco Sound sampler - called "Fifth Pipe Dream". The four songs mentioned before, Water or Wine, Hashish, Beyond This Place and Twos A Pair were the ones recorded by WCNG and relabeled by Katz as Indian Puddin and Pipe. This superb release includes all the above mentioned songs, plus others from acetates. As a big surprise we found another four never before heard songs. All recorded 1966 in a local Seattle Recording Studio before they even went to San Francisco, all of which are included in this great release. "

• A Pinnacle of the West Coast Psychedelic Acid Scene