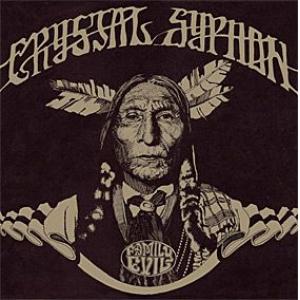 Crystal Syphon, one of the greatest "lost" groups of the West Coast psych scene, came together in Merced, California in 1965. Originally a Beatles/Byrds-influenced unit called the Morlochs, they soon shed their original moniker and moved in a more psychedelic direction, becoming a fixture on the ballroom circuit from 1966-1970. Although their music may nod in the direction of the New Tweedy Brothers and Quicksilver Messenger Service at times, its imbued throughout with a distinctive sound that arose from practicing up to six nights a week. The band entertained offers from various labels during their existence, but as they insisted on complete artistic control and ownership of their music, no deals were struck. Now, some 44 years after its creation, Roaratorio is proud to make the music of Crystal Syphon available for the first time ever. Drawn from studio tracks, rehearsal tapes and a live recording from the Fillmore West, 'Family Evil' is released in an edition of 500 copies, with cover art by Norman Orr and extensive historical liner notes in an old-style "tip-on" jacket."