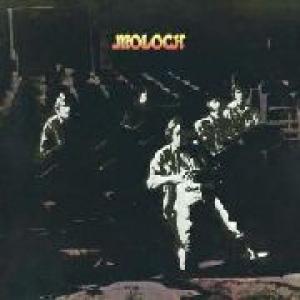 Formed in Memphis in 1968 by blues guitar legend Lee Baker. Upon hearing Baker play, Jimmy Page is said to have commented, "that's the best white bluesman I ever heard!" Produced, written and arranged by Don Nix (Mar-Keys and Paris Pilot) at Memphis' Ardent Studios, Moloch's 1970 debut album was is an excellent mix of hard blues and acid rock, with amazing guitar solos by Baker. It was also the first time the song "Goin' Down" appeared on record (famously covered by Jeff Beck). Although Moloch definitely had the chops to make it big (apparently Freddie King covered a few of the band's songs and would hang out and jam with Baker when ever he was in town), they lacked distribution. The band also got panned in Rolling Stone magazine, but Rolling Stone also panned Led Zeppelin's first albums, so...
Track listing - Side A: 1. Helping Hand 2. Maverick Woman Blues 3. Outta Hand 4. Same Old Blues 5. Going Down 6. She Looks Like An Angel Side A: 1. Gone Too Long (Featuring Johnny Woods) 2. Dance Chaney Dance 3. Mona 4. People Keep Talking 5. I Can Think The Same Of You 6. Night At The Possum"