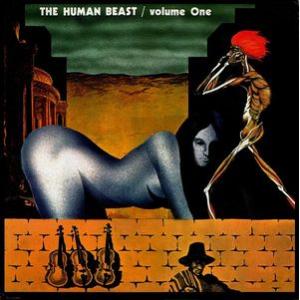 Over the years this album has garnered a sizable cult following among fans of dark rock. Anglo-scottish power trio Human Beast only ever released this one album, a masterpiece, which stands tall next to pillars of the genre like Black Sabbath's eponymous LP and Black Widow's "Sacrifice". Their music oozes with hard rock laced psychedelia, held up by an amazing guitar that glides over savage and oneiric rhythmic tapestries, with intriguing Eastern leanings. A perennial item on collectors' 'must have' lists. Don't miss it!
Track listing - Side A: 1. Mystic Man 2. Appearance Is Everything, Style Is A Way Of Living 3. Brush With The Midnight Butterfly Side B: 1. Maybe Someday 2. Reality Presented As An Alternative 3. Naked Breakfast 4. Circle Of The Night