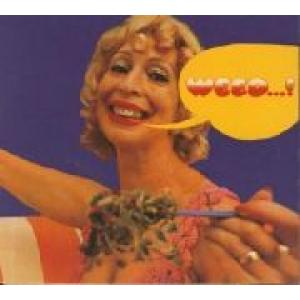 Originally released on Philips 6305096 in 1971. Weed were formed by former Virus-members bass player Reinhold Spiegelfeld, singer Bernd Hohmann and guitarist Werner Monka after the first Virus incarnation split at the end of 1970. There are rumours that Uriah Heep organ player, Ken Hensley, contributed to this project simply called Weed. From 1971 till today no one knows exactly what was excactly going on because unfortunately the album sleeve didn't list the line-up.

There are 6 tracks on the album which were composed by concert promoter Bodo Albes and Rainer Goltermann, household producer of Philips made sure the sessions in the Windrose-Dumont Time studio in Hamburg. Whether Hensley played on this album or not the album sound is very similar to the Uriah Heep sound between 'Salisbury' and the follow-up album 'Look At Yourself'. 'The Crack In The Cosmic Egg' authors Steven and Allan Freeman are right, when they compared it to other German heavy rock stars of the era such as Blackwater Park, Epitaph or Armaggedon. This Uriah Heep versus "Krautrock-crossover-album" is a must have for each lover of Krautrock. Comes as reproduction of the original cover sleeve with additional insert.Â