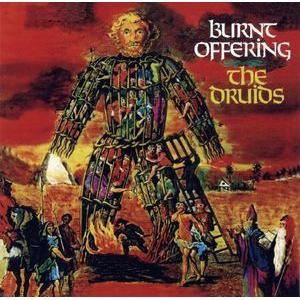 The Druids were a superb acoustic folk quintet who started a little too late to achieve the major popularity of outfits like Steeleye Span and Fairport Convention, although very well respected across the country.

Formed as a trio in 1969 by ex-pop musician John Adams (vocals, mandolin, bass), and folk singers Keith Hendrick (vocals, guitar, banjo) and Mick Hennessy (vocals, bass), the group played its first gig at the Manchester Sports Guild in November of that year.

A few months later, itinerant fiddler Dave Broughton joined them, and in 1970, while appearing in a documentary film about English folk musicians, they met fifth member Judi Longden, who added her voice to the proceedings.

With their reliance on acoustic instruments, the Druids were far more tradition-based than either Fairport Convention or Steeleye Span. Their repertory consisted of traditional English, Scottish, Welsh, and Irish songs arranged for four voices, and their music had a pleasingly archaic feel, not resembling folk-rock at all. If anything, they sounded more like the kind of outfit that A.L. Lloyd or Ralph Vaughan Williams (editors of the definitive collection of English folk songs) would have approved of, without a trace of uncalled for elegance or pretentiousness.

Burnt Offerings is the first time on CD and deserves to be out there sharing a piece of Folk history that allows the world to see how it is done.