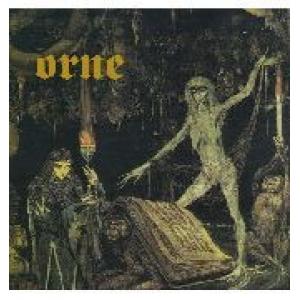 Gatefold artwork, with insert and bonus tracks. Orne's debut album The Conjuration by the Fire, originally released in 2006, is already a revered cult classic. It's original vinyl version, alas, was a botched affair. Pressed directly from a CD master, it left much to be desired. The Svart reissue is a modest attempt to try and fix the situation. With a new vinyl master prepared by Joona Lukala / Noise For Fiction, the album is cut on three LP sides to give it more dynamics. As an added bonus on side D there's the original A Beginning three track demo, which led to the band being signed back in the day. The package also features a 8 page booklet with liner notes by band leader Kimi Krki (also of Reverend Bizarre / Lord Vicar fame). The LP set comes packaged in a copper foil stamped heavy gatefold jacket.