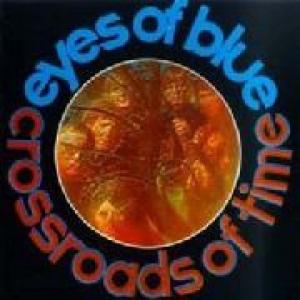 The Eyes of Blue's debut album is a rather typical late-'60s psychedelic effort, Chunks of British harmony pop, soul, trendy Eastern-tinged psychedelia, and early progressive classical-dipped melodies. The Welsh group did have a more organ-based sound than many of their U.K. peers, and the band's keyboardist, Phil Ryan, has admitted that Graham Bond was a big influence on his style on this album. Bond's input wasn't limited to this; he also wrote two of the songs, "Crossroads of Time" and "Love Is the Law" (though they were credited to "D. Stewart," aka his girlfriend, Diane Stewart), both of which Bond himself would record slightly later on his 1969 album Love Is the Law."