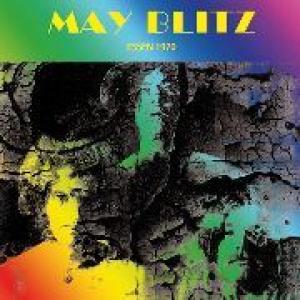 May Blitz have been compared to Led Zeppelin, the early Black Sabbath, or the early Uriah Heep. The only difference being that May Blitz never had their great breakthrough. Their history ended after only two LPs which, however, are today in high demand. On Tuesday, 22nd October 1970, the group performed in the Gruga hall at the third Essen Pop & Blues Festival. The event was recorded semi-professionally. The recordings could be purchased from the promoters and were mastered in a studio with great effort and care. The sound, however, is naturally not as good as that of the two studio LPs. The 32-page booklet contains a long band history in German and English, photographs, a detailed discography, numerous cover and label repros as well as a personal retrospective report by guitarist and singer James Black. A must for collectors. It is the first legitimate release of a May Blitz live recording.