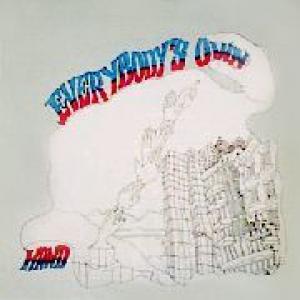 'Everybody's Own' is the extremely rare, only record by the '70s Progressive Folk/Rock band, Hand. Recorded in Lausanne, Switzerland in 1972, it highlights the timeless compositions of Marc Osborne and Tony Angier. Written and performed when most band members were still in their teens, it blends the characteristic sounds of the British Folk Revival as represented by Donovan, Nick Drake and Pentangle, with the psychedelic vibe of the Byrds, Crosby, Stills & Nash and Neil Young, producing music that still sounds fresh and relevant, particularly as current bands such as The Decemberists, Mumford & Sons, Arcade Fire, Gillian Welch with David Rawlings, and the Jayhawks are drawing from the same rich heritage. When much of today's music is inspired by the great bands of the 70's, " Everybody's Own" arrives fully formed and beautifully preserved from that fruitful era, and ripe for rediscovery. Fully licensed and limited to 500 copies on black vinyl."