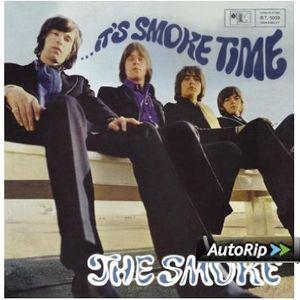 Grey 180 gr vinyl. More than any other band, the Smoke epitomized the groove of Swinging London. Their sound fell somewhere between mod and the Beatles - - their instrumental attack was somewhat Who/ Small Faces- like, yet they delighted in cheerful vocals and infectious harmonies and melodies. Only slightly popular on their home turf, and unknown in the U.S., their biggest success was in Germany (oddly enough, for such a British- sounding group). Its Smoke Time, their only album, was issued in Germany in 1967, and is one of the most cheerful records ever made, though not at all wimpy.
My Friend Jack, with its crushing reverb feedback, was a big hit in Germany and on its way to becoming a hit in the U.K. when it was banned by British radio for supposed drug references.

A1 My Friend Jack

A3 You Can't Catch Me

B1 We Can Take It

B2 If The Weather's Sunny

B3  I Wanna Make It With You

B4  It's Getting Closer

B5 It's Just Your Way Of Lovin'