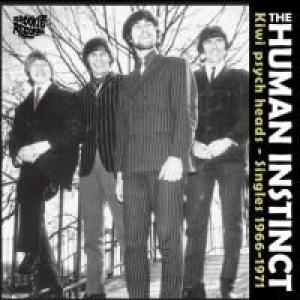 One of New Zealand's most popular rock/ psychedelic bands of the mid 1960s and early 1970s,  the Human Instinct never broke into the international market,  despite a couple of concerted attempts to do so in England.

Here in this LP we put the most garage and psych tracks of the band,  all of them with the psychedelic touch of the Human Instinct.

This 12 tracks have never been compiled on vinyl before,  like “Black Sally” or the Kinks hit “You Really Got Me”,  one the best Kinks cover i ever listen. And now,  more than 40 years later here they are to get your psych instinct free!

The Lp brings full text about the band and some rare photos in the back cover.