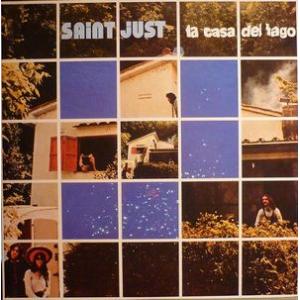 180 gram LP
These stellar Italian prog rockers based their unique sound on the unmistakable vocals of Jenny (Jane) Sorrenti and a medley of acoustic instruments, creating a sound that made interesting use of folk, psychedelic and classical influences, and their 1973 and 1974 albums are among the most significant in the Italian panorama. La Casa del Lago (The House on the Lake) is more rock-influenced than their previous album, and it is perhaps also a more musically complete effort. Here saxophonist Robert Fix has been replaced by two electric guitars and a steady drummer, resulting in a much less acoustic and more rhythmic sounding album. Sorrenti has always identified herself in the folk rock of the late sixties and her passion for bands like Pentangle and Sandy Denny's Fairport Convention is evident. These influences along with those from the Mediterranean give life to the unique and innovative sound that is Saint Just.
Track listing - Side A: 1. Tristana (Verde, Jane) 2. Nella vita, un pianto (Verde, Jane) Side B:1. Viaggio nel tempo (Rinesi) 2. La casa del lago (Verde, Jane) 3. Messicano (Verde, Jane) 4. La terra della verità (Rinesi)