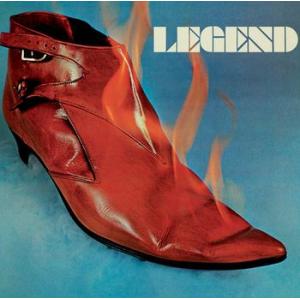 With its distinctive, eye-catching cover, this is one of the most collectable and sought after LPs of all the famous Vertigo releases.

Here is the band that featured Mickey Jupp, the singer, guitarist and piano player who pioneered British rock’n’roll in the early 60s and always remained true to the roots of the music.

Hailing from Southend-On-Sea, ‘Juppy’ formed this version of Legend, in 1969. This album, produced by Tony Visconti for the Vertigo label, was released in 1971.

Beloved of pub rock fans and championed by the late DJ John Peel, Legend featured Mickey Jupp alongside Mo Witham (guitar), John Bobin (bass) and Bill Fifield (drums). The album has a dozen original lively compositions, often with an ironic flavour, such as ‘Cheque Book’ and ‘Hole In My Pocket’.