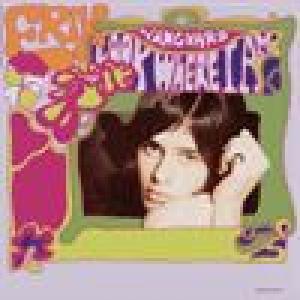 During the '60s, Vanguard Records, founded by brothers Maynard and Seymour Solomon, became renowned as the premier folk and blues label of the era, boasting such diverse talents as Joan Baez, The Weavers, Buddy Guy, Doc Watson and Buffy St. Marie. It was clearly the commitment to folk that led the brothers to sign and record the previously and subsequently unknown hippy folk singer, Erik, whose sole musical offering, 1968's Look Where I Am (VRS9267) remains one of the label's undiscovered gems. The 11 tracks on Look Where I Am cover the full range of psych/acid folk, from the strong opening track, with its multi-instrumental backdrop of flute, vibes, horns and bells, to the voice-and-guitar of 'Why Come Another Day' to the heavy fuzz guitar of 'You Said/But I've Got My Way'. There's even a long, soulful Davis-esque muted trumpet passage on 'Lights Across The Field'. The album has a dreamy, almost wistful Donavan-like feel, with tons of acoustic guitar and ethereal flutes.
Track listing:1. Look Where I Am (Well It's Right Over Here) 2. Painted On The Wall 3. Dead Afternoon Song 4. Be Off Man 5. Why Come Another Day 6. You Said/But I've Got My Way 7. Lights Across The Field/Bright Lights Across The Field Too] 8. Sweet Eyes Of 9. Georgann 10. Untitled Number 2 11. Triumphant Breaking Bottle