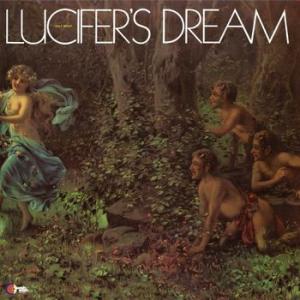 Born in 1940 in Berlin, Ralf Nowy's musical interest was first exposed to an audience during his school years, when he formed his first rock'n'roll band in the late fifties. After graduation from the Konservatorium, he joined the German jazz scene and also worked for the Saaerland radio station. His recording career began recording exploitation albums designed for dance parties, following the path opened in Germany by artists like Paul Nero (a.k.a. Klaus Doldinger). But with the rise of the krautrock scene he became interested in new, more experimental sounds and joined forces with Paul Vincent (who had played in Klaus Doldinger's Motherhood, from which he would go on to form Hallellujah) and Keith Forsey (also from Hallellujah) - the three, under the name The Ralf Nowy Group, became on of the hottest acts of the Munich scene.

Lucifer's Deram was issued on Global in 1973 and offered an interesting mixture of instrumental sounds which moved freely from psychedelic pop to jazz, progressive rock, and ethnic touches... even some funky guitar is present! In addition to Ralf Nowy (flutes, alto saxophone, oboe), Paul Vincent (guitars) and Keith Forsey (drums) the recording sessions counted on the faboulous work of Al Gromer (Amon Düül, Popol Vuh, etc.) and Liz van Nienhoff on sitar, Gary Unwin and Lothar Meid on bass, Sylvester Levay and Don Anderson on pianos, Andy Marx on guitar, Bernie Prock on percussion and Sankha Chatterjee on tablas.

First time reissued on vinyl, comes in remastered sound, housed in a fantastic glossy laminated gatefold sleeve reproducing the original artwork, insert with liner notes and the attractive of being an exclusive 500 copies only edition!