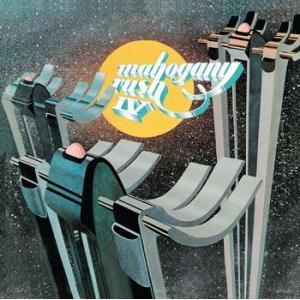 Digipack CD
Mahogany Rush emanate from Montreal, Canada (and are not to be confused with fellow Canadians 'Rush', another progressive rock trio born of the early Seventies). Mahogany Rush starred Frank Marino (guitar), Paul Harwood (bass) and Jim Ayoub (drums). Marino claimed to have been visited by the spirit of Jimi Hendrix while in hospital as a teenager and this inspired him to play guitar in a wild, spaced out style. This was the group's fourth album, first released in 1976 and followed in the wake of 'Moxoom' (1971), 'Child Of The Novelty' and 'Strange Universe'. It has nine tracks including 'I'm Going Away', 'Man At The Back Door', 'Jive Baby' and 'Moonwalk'. Marino has been hailed by fans as one of the greatest rock guitarists of all time and this album shows all aspects of his brilliance.
Booklet with authoritative and extensive liner notes by respected author and journalist Chris Welch. Expertly remastered - superb sound quality.