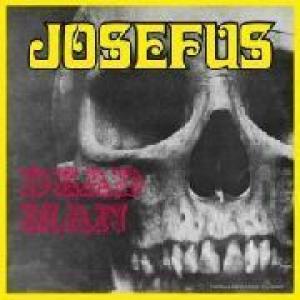 One of the great lost albums of Southern hard rock, Dead Man was the 1970 debut album of the Houston band, Josefus. Formed in 1969, Josefus soon garnered a huge live following, opening for acts like ZZ Top and Grand Funk Railroad. Unfortunately, their debut album, a heavy mix of Zeppelin-inspired acid rock with a Southern twist, was destined to obscurity, due largely to the fact that it was not released on a proper label (the band actually paid to have the album pressed and released on their own "Hookah" label).
Just a few months prior to recording Dead Man, however, Josefus had actually recorded an album's worth of material for a producer in Phoenix, but the album was never released. This is what prompted the band to go back into the studio with their own money to record Dead Man. Dead Man was, therefore naturally, a mix of some of the songs from this earlier album (tentatively called: Get Off My Case) along with some new ones. Actually only three tracks from Get Off My Case did not make it onto Dead Man ("Get Off My Case", "A Social Song" and "Fealin' Good"), but these have been restored here as bonus tracks, so what you are actually getting is the complete track listing from the two albums.
Track listing - Side A: 1. Crazy Man 2. I Need A Woman 3. Gimme Shelter 4. Country Boy 5. Proposition 6. Get Off My Case (bonus) 7. A Social Song (bonus) Side B: 1. Situation 2. Dead Man 3. Fealin' Good (bonus)"