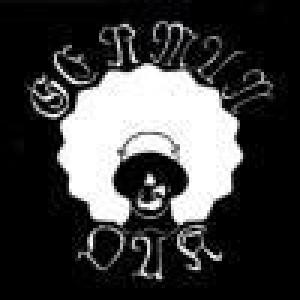 During the summer of 1972, best remembered for the blood-shed of the Munich Olympics, the 5-man Dusseldorf instrumental group German Oak entered the Luftschutzbunker (air raid shelter) studio to record their first, eponymous album.
The purpose of recording in a bunker was to recreate the feelings experienced by German soldiers during the Allied invasion OF 1944. The strange acoustic conditions in the bunker made the music, which was a period of long, spacious guitar jams, sound distant and filled with echo.
Julian Cope, in his in-depth review of the album, describes the band’s sound in unequivocal terms “…imagine a brutally-recorded, brazen and ultra-skeletal industrial white funk played with the claw-hammer technique of the Red Crayola recording their famous Hurricane Fighting Plane. This is the sound of German Oak”.
Originally released on the Bunker label (Bunker 1-72), German Oak’s self-titled album is rapidly becoming a high-value collector’s item, and this high-quality 180g reissue is likely to further enhance the album’s growing reputation.
Track listing:
SideOne 1. Airalert (1:54) 2. Down In The Bunker (17:46)
Side Two 1. Raid Over Dusseldorf (16:02) 2. 145 - Out Of The Ashes (2:19)