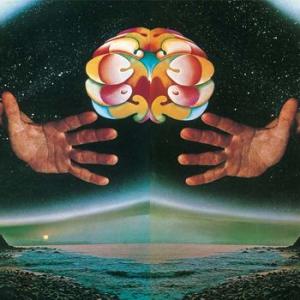 180 gram LP with front-opening gatefold sleeve (on vintage US press style cardstock) + free poster (original US poster)
According to keyboardist Don Gallucci (ex member of the Kingsmen and future producer of the Stooges), Touch's visionary 1969 album was intended to "break down...walls in the mind; to cause the listener to achieve an altered state of consciousness...through music." Using this strategy, Touch soon became THE hot young band of the late-sixties LA freak scene. Their LSD-drenched parties and recording sessions were legendary and their fans legion - including rock royalty from both sides of the Atlantic (Jimi Hendrix, Grace Slick and Mick Jagger, to name a few). And to top it off they could play too! Creating a new sound that became the bridge between psychedelia and what was soon to be known as progressive music. So with such gilded credentials, why do only a few collectors know about them? Well, the story goes that the band refused to tour in support of the now legendary album (stating that they would never be able to recreate their studio sound live) and by breaking the most sacred of commandments - "Ye Shall Tour" - they quickly found themselves on the musician's crowded train to oblivion.