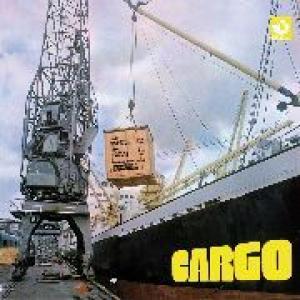 Released in anonymity to an unsuspecting Dutch public in 1972, Cargo's lone album became a self-fulfilling prophecy when it disappeared after minimal radio play and no live dates to back it up. But Cargo had already had hits under their original name, September, and their talent would not remain buried forever. In subsequent years, the album became the stuff of record collector dreams -- as prog fans ate up its uncanny improvisational transformation of Allman Brothers influences (check out the incredible dual-guitar work of the De Hont brothers, Jan and Ad) out of the American South and into a psychedelicized continuum of space and time both terrestrial and celestial. This deluxe 2LP reissue gives you not only the original four-song LP and artwork, but four previously unreleased bonus tracks, incredible remastered sound, and extensive liner notes telling the full Cargo story by Doug Sheppard of Ugly Things magazine. Forty years after its release, Pseudonym Records has given this renowned progressive rock artifact a reissue that upholds its legacy. All tracks are recorded under the band name SEPTEMBER. After the recordings the idea came up to release it under the project name CARGO. CARGO = Dennis Whitbread - drums (Ludwig), Willem de Vries - bass guitar (Gibson B3), lead vocals, Ad de Hont - guitar (Gibson SG), Jan de Hont - guitar (Gibson SG). REMASTERED IN THE 24-BIT DOMAIN FROM THE ORIGINAL MASTER TAPES. "