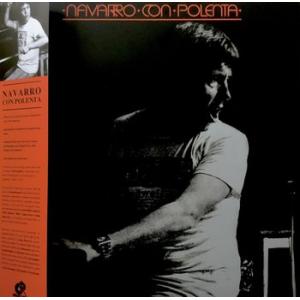 An acclaimed 1977 jazz-funk album from Argentina gets reissued on vinyl. The LP kicks off with an amazing version of Led Zeppelin's 'Black Dog' and continues to surprise til' the very last note!

Altercat are back with another gem from South America, first time vinyl reissue of the debut album by Jorge Navarro, one of the pillars of the jazz scene in Argentina -- still active with a 50-year plus career on his shoulders.

This album, his first solo work, was an unexpected turn in his career and represents one of the few incursions into Jazz-Rock in the Argentinian discography.

It’s safe to say that starting a jazz album with a version of Led Zeppelin’s “Black Dog” was quite a daring deed, to say the least. In Argentina — back in 1977.

And yet this is something a musician with the career of Jorge Navarro could afford. Navarro belongs to a generation of musicians who shaped the history of jazz music in Argentina, starting already in the mid-50s alongside other renowned jazzmen such as Lalo Schifrin, Leandro “Gato” Barbieri, “Baby” López Furst or Jorge López Ruiz.

This tightly-knit group of musicians often looked abroad and followed the dominant current in the US, going through swing and be-bop phases, keeping the jazz scene alive through its highs and lows, but towards the end of the sixties many started to develop their own identity, a tendency that intensified in the early 70s.