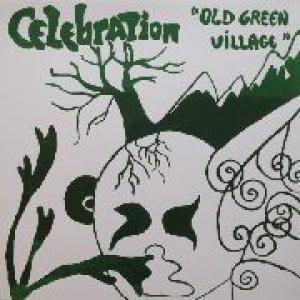 First ever reissue of this rare & obscure french private press lp from 1976. more of a one-off happening then an actual band, the album resulted from the one & only meeting of the group for a single overnight champagne-fueled session. as unlikely as it seems, somebody thought to roll some tape, and a very special evening was captured & pressed to vinyl... opening with a gorgeous drifting instrumental, and centered around three long jaw-dropping acidfolk originals, the album is filled out by wild romps though traditional folk songs. all english lyrics, female backing vocal, two acoustic guitars, dulcimer, autoharp, banjo, and some especially beautiful snaky flute work. the original compositions are truly magical : gently flowing and beautifully pastoral, but with an eerie, druggy, edginess. think 'book of am' minus the sunshine & electricity and you'll be in the right zone... the trad folk cuts on the other hand are nearly as cool : joyous, dirty, and totally ragged music by & for the people. no 'folk boom' pretense on display, just ageless tunes, fast pickin' and wild drunken wooziness, like some sort of reckless gypsy hoe-down... everything here is totally steeped in a damp, pagan / mystical basement atmosphere, that combined with the raw direct-to-tape, no overdubs / mixing execution & perfectly crude, haunting cover art make for a very distinct whole... originally only a few hundred copies of the lp were pressed up, and as there was no actual band to promote, those gradually slipped away into total obscurity. front covers were crudely screenprinted in green & black, and various back cover concepts were attempted & scrapped : a screenprinted variation had the incorrect track list and was all but totally illegible, some hand typed stickers were randomly done up, some had an inserted or pasted mimeograph copy with notes / credits, and many were simply left blank... presented here our version is hand screenprinted just like the original, with a paste-on back cover reproduction of the original mimeograph, all on a heavy weight vintage style cover. pressed on 180gm virgin vinyl, with exact reproduction labels. edition of 350 copies."