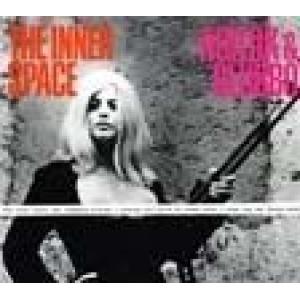 The Inner Space is the stuff of legend. This obscure outfit is best known as the antecessor band of Can and not much is known about them except it featured the core members of Can (Irmin Schmidt, Holger Czukay, Michael Karoli and Jaki Liebezeit) and lasted just a few months before renaming themselves The Can and releasing Monster Movie. They left two ultra-obscure seven inches as their only recorded legacy and only the first of them is credited to The Inner Space, it contained two songs taken from the soundtrack of 1969's underground film Agilok & Blubbo. Originally released by the the german Vogue label in 1969, it currently fetches prices around the 300 euro mark in the collector's circuit.""

Given the obscurity of both the band and it's recorded output, we're proud to present, for the first time to the public, not only the aforementioned singles but the complete soundtrack to Peter F. Scheneider's offbeat political satire Agilok & Blubbo. Previously unavailable until now, the original mastertapes of this soundtrack have been stored in the archives of legendary german producer and music publisher Hans Wewerka who produced the recording sessions back in 1969. Here you can hear history in the making, the first step of a group of musicians who'll to achieve fame, success and recognition over the 70's, helping define a sound (often called kraut rock) that has been highly infuential to this days. Those familiar with Can's output will recognize some of the band's characteristic sound, albeit in a embrionary form. Songs like 'Agilok & Blubbo' or 'Kamera Song' already hint at their later pop brilliance whereas the short cues and extended free jams found elsewhere in this soundtrack reminds us from the heterogeneus roots of a bunch of musicians coming from rock, jazz and avant-garde backgrounds.
All in all, an excellent glimpse into the early stages of an innovative band developing it's own musical language."

Limited edition. It will sell out fast, if you want it better get it now before it's gone!"