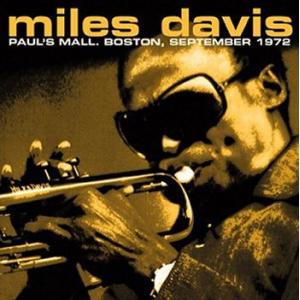 By 1972 Miles Davis was firmly established as the most innovative and influential jazz artist on the planet. Taped between the recording and release of his controversial On The Corner album, this dense, polyrhythmic set captures the first of four consecutive performances he gave at Paul’s Mall in Boston, showcasing a new, Indian-influenced sound, and was originally broadcast on the local WBCN-FM station. It’s presented here together with background notes and images.