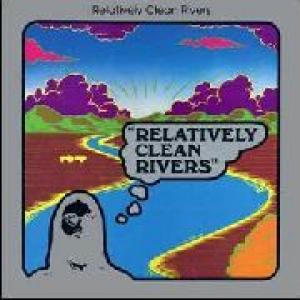 Although Pearlman’s first recorded effort was a surf/hot rod 45 entitled Chrome Reversed Rails which appeared on the Fink label in the mid-‘60s, it was with Beat Of The Earth that he began to forge a distinctive musical voice. The band was one of the earliest-known experimental bands with a sound reminiscent of their East Coast counterparts, The Velvet Underground, whose influence is often discernable on Relatively Clean Rivers. That said, RCR is recognised by those fortunate enough to have heard it as one of the very finest albums of the era, with a clearly defined American sound akin to The Grateful Dead in all their American Beauty pomp or CSNY circa Déjà vu. An album highly recommended to anyone even remotely interested in ‘70s West Coast music or simply great music in general.