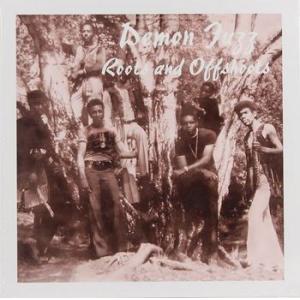 Back in the late sixties Demon Fuzz was one of the most distinctive British Afro-rock acts of the time, a seven piece group formed by young musicians immigrated to England from Commonwealth countries. After a period of local shows and during a trip to Morocco, the band began messing up with Arab scales and tribal rhythms and eventually got to a very peculiar blend of funk, rock, jazz and African music elements. Even though Demon Fuzz's time was short. After their iconic first album ('Afreaka') the group disbanded in 1972 and it was not before 1976 that their second album, 'Roots And Offshoots', was self-published on the mysterious Paco Media Inc label. A rare Afro-rock piece of vinyl including a dedication to Screaming Jay Hawkins ('Ah Put A Spell On You') and a heartfelt tribute to the Biafra republic. 'Roots And Offshoots' stands as a unique mixture of oriental flavoured blues, psych guitars and organs, and a bunch of infectious earthy grooves