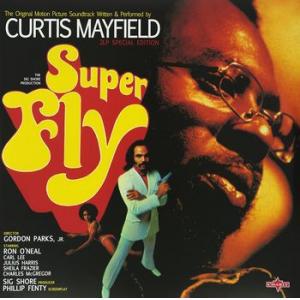 The death of Curtis Mayfield in 1999 robbed the world of popular music of one of its finest performers, writers and producers. By the time he made his solo debut in 1970 he had already achieved much more than many artists do in a lifetime career. He had already enjoyed a string of hits as lead singer of The Impressions, for whom he was the principal songwriter, had produced successful recordings for other artists and was owner of his own record label and several publishing companies. The solo albums he recorded between 1970 up until the time of his tragic accident in 1990 and which were released on his own label, Curtom Records, remain as testament to his genius. Curtis' songs on these albums deal in the main with two themes, those of love and political consciousness. His influence on American black music and culture has been immense and his thought-provoking lyrics and musical style are unique in their field. The soundtrack to the 'blaxploitation' movie Superfly stayed in the U.S. album charts for almost a year, topping it for four weeks in 1972 and earning Curtis a gold disc. Two singles taken from the album, the title song and the million-selling 'Freddie's Dead', both went Top 10. These two songs, along with the stark and sinister 'Pusherman', worked brilliantly in the context of the film, delivering a potent anti-drugs message. This deluxe 2LP reissue presents the original soundtrack album together with a bonus LP of demos, alternate versions, a track which did not appear on the original album, two anti-drugs radio spots recorded by Mayfield and Curtom labelmates The Notations' lesser-heard version of 'Eddie You Should Know Better'.