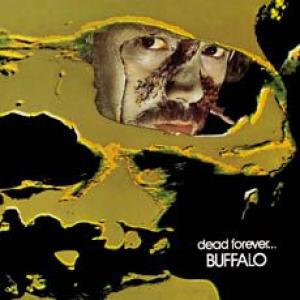 This 1970s Australian hard rock band became very successful in Europe in the 1980s thanks to three heavy albums for the Vertigo label (becoming the first non-English group to record for the label). Like Black Sabbath, Buffalo was also criticized for their controversial album covers and supposed satanic content (for the album cover of Dead Forever Buffalo chose a scarred, blood stained face, while the inside album features a rather macabre photo of the band in a Sidney cemetery), but also like their English cousins it was the band's hardrocking guitar heavy sound that would prevail. Tracks include a cover of Blues Image's "Pay My Dues" and Free's "Im A Mover". Some members of Buffalo went on to form Count Bishop - a blues rock band in the vein of Dr. Feelgood.