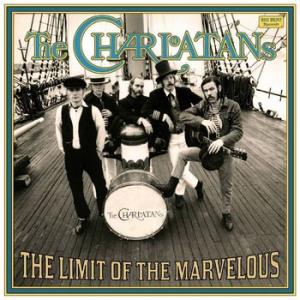 A deluxe 12-inch edition of the gun-toting, rooty-tooting outlaws’ best recordings from 1965-68. Pressed on burgundy vinyl.

A full half century ago, five iconoclasts came together in San Francisco to brainstorm one of rock’n’roll’s greatest chimeras: the Charlatans – a veritable musical Magnificent Seven, reeking of marijuana and Americana, and universally acknowledged as the “ones who started it all”.

The band’s remarkable image seems by turn astutely planned and unimaginably haphazard, and in much the same manner was their sound fashioned. Even if the segue from George Hunter’s original avant-rock concept to the indigenous funk of ‘Alabama Bound’ was probable enough, no-one could have envisioned the remarkable compatibility of Dan Hicks’ writing with their style. The Charlatans probably ingested more LSD than any of their peers, yet they did not play “acid rock”. Rather, the band presaged the country rock trend, made the old-timey vibe terminally hip, and fully inspired the new wave of musicians and artists in the San Francisco community that would go on to eclipse them commercially.

With the 50th anniversary of their debut having occurred last summer, Big Beat are celebrating with this carefully curated deluxe vinyl edition of the original line-up’s best recordings from 1965-1968. Like part of some mystical, larger-than-life jigsaw, their music is the major piece that completes the Charlatans puzzle, yet incredibly the group never had a satisfactory release within their lifetime. By taking the best cuts from our essential “Amazing Charlatans” CD release, “The Limit Of The Marvelous” hopes to approximate the long-player this crucial constituent of the West Coast rock scene should have issued at their peak. It juxtaposes idiosyncratic folk-rock such as ‘Codine Blues’ and ‘Alabama Bound’ with dustbowl-dry originals from the pen of guitarist/drummer Hicks, including the first recording of his signature song ‘How Can I Miss You When You Won’t Go Away’.

Resplendent in original period mono mixes and housed in a Globe Propaganda-approved sleeve and inner bag showcasing this most photogenic of outfits, “The Limit Of The Marvelous” is a fine and fitting reminder of the timeless magic of these psychedelic frontiersmen.