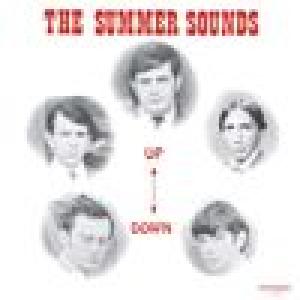 Mega rare album from the Dartmouth, Massachusetts fivepiece outfit which was released originally on the Laurel label (Laurel 331098) in 1969.Up-Down is an album of largely self-penned material (only 2 covers, one of which is a strong version of The Spencer Davis Group's hit, Gimme Some Lovin') with The Leaves Are Turning Brown, complete with cheesy psych organ and wonderfully earnest vocals, is the stand out track.Up-Down is a beat-garage concept album detailing the highs and lows of a summer vocation romance, with, as you would expect, loads of moody teenage angst and lashings of self pity. The songs are all catchy, and there are a couple of good ballads.Summer Sounds was one of the best groups of its genre and consequently a number of the band's tunes have been comp'd, although this is the first time that this album, with it's ultra cool cover, has been reissued on CD.Artist: The Summer Sounds
Track Listing: 1. Small World 2. Hard To Please 3. Lonely Beach 4. Gimme Some Lovin' 5. One Last Kiss 6. The Leaves Are Turning Brown 7. Summer 8. I Love You 9. First Date 10. You Told Me