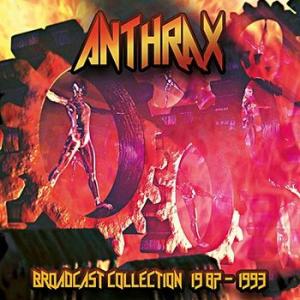 Originally formed in 1981, Anthrax went on to become one of the most influential US thrash metal bands of their generation, renowned for their relentless touring.

The first show on this collection of FM broadcasts was performed in July 1987, shortly after the release of their breakthrough album, Among The Living. The second show is from January 1989, a few months after the appearance of State Of Euphoria. The final show dates from August 1993, with new vocalist John Bush on board.

A cornucopia of classic speed metal, the set is presented here together with background notes and images.