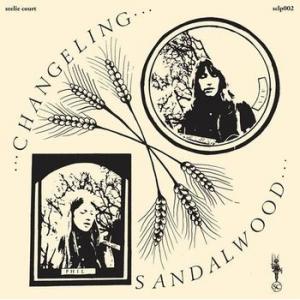 SANDALWOOD is an utterly beguiling folk rock trio with two beautiful girls at the helm writing and singing mesmerising faeirie-like folk rock, only clive the bassist could be found, the two girls vanished in 1971 after making the lp and abandoning music to start families, clive has not heard from them since the moment they gave him his 3 copies of the 50 copy srt pressing in a folk club that night in ‘71. tracks like “sleepy rain” and “changeling” are understated and gorgeous, with insistent and addictive guitar strumming under gentle sandy denny-esque vocals. The whereabouts of the girls remains a mystery and the lp is issued with clive the bassist’s blessing.