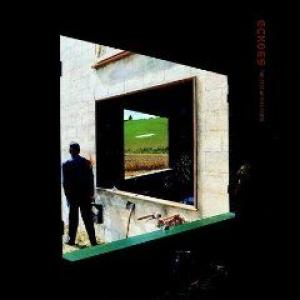 Deluxe 4LP BOX
Being the quintessential album rock band, Pink Floyd hasn't had much luck with "best-of" and "greatest-hits" compilations, like A Collection of Great Dance Songs and the bizarro follow-up, Works. Since both of those were released in the early '80s (and time travel being unavailable even to Pink Floyd), they obviously left out any tracks from the post-Roger Waters era albums. While countless hours in dorm rooms have been spent laboring over whether or not the post-Waters recordings should even be considered the "real Floyd," the later albums nonetheless stand as a further progression in the band's evolution and warrant recognition.
The 2001 release Echoes: The Best of Pink Floyd does just that, sequencing the tracks non-chronologically in an effort to place more emphasis on the individual songs as opposed to the era they're from. Unfortunately, the effect is rather jarring when the songs transition from the clinical mid-'90s sound of "High Hopes" directly into the psychedelic groove of the much earlier "Bike."
Interestingly, as is the case with most of their albums (but a rarity in "hits" compilations), most of the tracks fade into one another, the hum of "Keep Talking" segueing into the bleating of "Sheep," making for an intriguing listen from one song to the next.
Track Listings: Astronomy Domine, See Emily Play, The Happiest Day of Our Lives, Another Brick in the Wall (Part 2), Echoes, Hey You, Marooned, The Great Gig in the Sky, Set the Controls for the Heart of the Sun, Money, Keep Talking, Sheep, Sorrow,
Shine On You Crazy Diamond (Parts 1-7), Time, The Fletcher Memorial Home, Comfortably Numb, When the Tigers Broke Free, One of These Days, Us And Them, Learning to Fly, Arnold Layne, Wish You Were Here, Jug Band Blues, High Hopes, Bike."