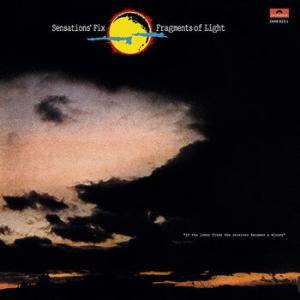 "Sensations' Fix" is - together with "Portable Madness" and "Fragments of Light" - one of the three titles released in 1974, a collection of short psychedelic compositions, in which glimpses of 'cosmic' music can already be noticed; those elements would soon become a trademark in the group's repertoire. The twelve compositions present here were part of demos that Falsini had sold to the record company, which decided to publish them in the form of a not-for-sale LP, which had "music especially recorded for radio and television" written on the back cover: in practice, sketches of musical ideas had been 'transformed' into 'library music' and collected in an extremely rare vinyl that sells today for hundreds of euros.