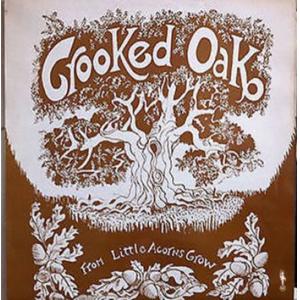 Quite traditional folk, but magically so. Crooked Oak is one of the very few folk bands who imbued their songs with mystery, power and grandeur. The combination of Steve Evans’ sonorous voice and haunting irish pipes convert the songs into a beautiful mystical experience. It might compare to the stunning ‘Wild and Beautiful’ by Silly Wizard, with that same captivating majesty of form. Very rare, the late great record dealer and collector Walter Geertsen, one of the founding dealers who helped shape the progressive rock market, considered this lp as one of his personal favourites, alongside COB - Moyshe Mc Stiff and John St Field - Control. Very different lps, but all with moments of aching, dark melancholia. So to describe Crooked Oak as ‘acid folk’ or whatever would be misleading, instead it is a deep, profound and beautiful work of art, lifted by superb vocals and wrapped in a sense of mystery. The band channel the music, tradition, heritage, and the magic that still courses through Sainted Albion’s blood soaked lands. In that sense it sits alongside Spriguns of Tolgus and Stone Angel as one of the most beautiful folk albums of all time. Steve Evans, the main force, died after living in Africa a few years ago.