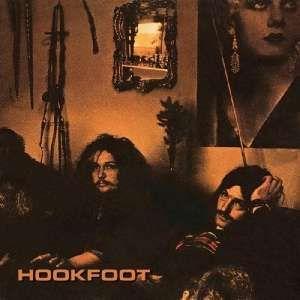 Hookfoot was a British rock band, active for the first half of the 1970s, but the most interesting thing about them is that they were also Elton John's backing band.

Kaleb Quaye, the half-brother of soul singer Finley Quaye, was probably the best known black rock guitarist in Britain in the 1960s. In years where, despite the grooviness of swinging London, even the music business was entrenched with racism, it is a tribute to his remarkable musicianship that he became as well-known as he did. He formed Hookfoot with three other session musicians from DJM records, and this, the band's second album, contains a mixture of rock and jazz and includes songs by both Quaye and guitar player Ian Duck, as well as cover versions of songs by Stephen Stills and Neil Young. They were a remarkable band, and truly deserved to have garnered more success than they actually had.