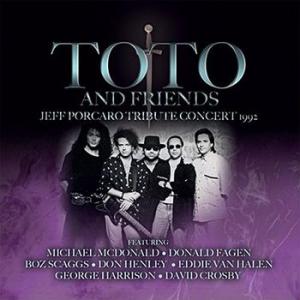 The more than impressive list of friends and musicians who joined together to pay their respects to Toto drummer and revered session man Jeff Porcaro symbolizes the affection that both he and Toto command.

Importantly, the extravagant line-up wouldn't detract from the sincerity and authenticity of this emotionally charged tribute concert held at Los Angeles in December 1992, four months after the music world was cheated of such a talent.