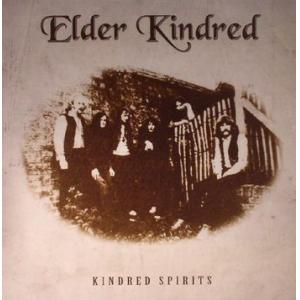 Elder Kindred was a highly rated progressive rock band from Huntingdon, UK. They recorded these tracks in the period 1971-1973, but they didn't release an album back in the day. Now at last the band's well written songs, featuring guitars, organ and flute and influences from a.o. Caravan, Fruupp and Skin Alley, appear on vinyl. The LP's are pressed on heavy black vinyl, in a limited edition of 300 numbered copies. An extensive band history by Pete Sarfas and extra sleeve notes from founder and original drummer Vincent Loakes are included. You also get a free CD of 'Kindred Spirits' that contains an extra song.