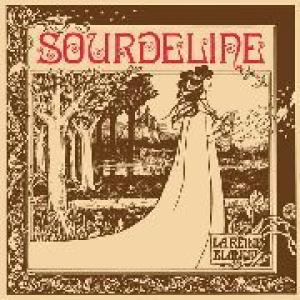 Formed in 1972 in Northern France, Sourdeline has remained as a hidden treasure for decades. With a strong Pentangle influence in their works, the guys released a couple of astounding albums during the next few years, acquiring a wonderful baroque folk sound based in some traditional French folk songs and many originals, with the use of a large number of traditional instruments. Their first disc "La Reine Blanche" is from 1976 and is considered a classic of continental Europe 70s folk. Certainly an album that will please also people into folk-prog. This is the first ever, deluxe reissue. Remastered sound, original artwork in stunning gatefold cover, 180g vinyl, and a fantastic 4-page insert with unseen photos and liners by Sourdeline's fan Margaret Ayre of Fern Knight, as well as Sourdeline's story written by the band's leader Jean-Pierre Danielsen. Factory sealed, with sticker.