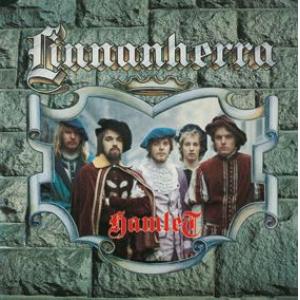 Hamlet formed as SURVIVAL in 1973 and played many concerts in Finland. The highlight for the band was during 1976-1977 when the small town country boys got to make their first album, Linnanherra. They were booked at the best studio in Finland, Finnvox in Helsinki, together with the British sound technician Ian Churches. But the producer wanted them to change their names to HAMLET for a better sale point (in a new outfit on the cover). The band never agreed but the Discovox label released the album under the new name with a new medieval outfit on the cover. This extremely rare Finnish prog album from 1977 was later withdrawn by the label. The album Linnanherra was the only album the band recorded. The music might go in a similar direction that Finnish Session, heavy psych progressive rock, heavy lead guitars all over, great songs and very well produced. Jouko Nykter - vocals / Hannu Nykter - guitar, vocals / Jouni Limingoja - bass, vocals / Harri Kannel - guitar / Kalle Kï¿½hkï¿½nen - drums. This album is rare as gold dust and pretty much unknown even to Finnish collectors. We like it a lot, a really cool heavy album!

You see on the photo (right) what the band really looked like....